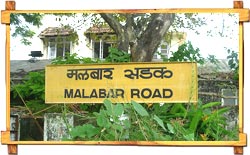 Highlights: Links Kochi with other seaports of the world and houses some of the district's best hotels, commercial and industrial offices.

How to Reach: It is connected to Kochi's mainland by road and the railway Venduruthy Bridge.

The Willington Island contains the modern port serving Cochin city of Kerala. The island is an artificial man-made island created from the sand dug out while deepening Kochi port. It has been named after Lord Willingdon, the former Madras governor, who was instrumental in implementing this island project. The main engineer spearheading this project, however, was Robert Bristow. A port hostel was built to accommodate passengers who wished to halt for a short while and it was named as the Malabar Hotel.

As per the project draft, a basic port structure was completed by 1939, just prior the Second World War. A deep wharf, a rail bridge and a road bridge connecting to the mainland were made to provide valuable infrastructure for the local war effort. A naval works was also built on the adjacent Venduruthy Island. When the time war ended, those working on island project got busy constructing landing craft for the presumed invasion of Japan. In 1940, a passenger jetty and customs house were constructed adjoining the hotel.

The other buildings constructed nearby include a passenger platform and rail siding. This huge expanse of virgin territory was soon procured by the Royal Air Force, which constructed a large aerodrome there. This man-made isle near Cochin City, thus, became a thriving military base. The Malabar Hotel served in providing quarters to all wartime staff and soon this building was joined by a new administrative block next door. A new post office, a swanky open-air swimming bath and an adjoining bank completed the facilities.

When the British withdrew from India after independence in 1947, they left behind an indispensable and significant transport hub. During its short colonial tenure, the Wellingdon Island in Cochin handled almost one million tons of freight and by the year 1960, the traffic had almost doubled. It is a major artificial port in India and serves as a major landmark in the Kochi city of Kerala. The Wellington Island also serves as a link between the city and some other seaports of the world.