Kalady is the place where Adi Sankaracharya was born. Read to know about Kaladi near Cochin/Kochi city of Kerala.
Cochin: Cochin Excursions: Kalady 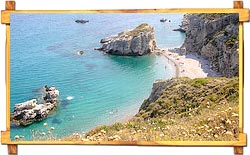 Highlights: it is the birthplace of Adi Sankaracharya

How to Reach: You can reach Kalady in Kerala by rail, road or airways. Nedumbassery Airport is about 6 km from here and Angamali railway station is situated 10 km away.

His mother was against his taking the Sanyasa and so he utilized this opportunity to coax her to give him permission to take up Sanyasa or renouncement. When she said yes to Sanyasa, the crocodile let him go easily. About 45 m away from this Mutt is the nine-storey Sri Adi Shankaracharya Keerthi Sthamba Mandapa, which bears illustrations narrating the entire life story of the great Adi Shankaracharya.

The Legend
The village of Kalady, meaning 'Feet', was earlier known as "Sasalam." There is a touching story explaining how Kalady got the new name. The story goes somewhat like this. One day, Aryadevi, the widowed mother of little Shankaracharya fainted while walking the 3 km stretch for her daily bath in the Poorna River. Feeling helpless, Shankaracharya asked his favorite deity Lord Krishna for assistance.

The Lord blessed him saying, "The River will flow where your little feet marks." Young Shankaracharya marked his little feet on the ground and the Kerala's mighty Periyar River took its new course from where his feet were marked. From that time onwards, the place came to be known as 'Kalady. Thus, the term 'Kalady' signifies the love of an innocent child for his beloved mother and the blessings of Lord Krishna.