The port city of Cochin has a colorful and rich history. Read on to know about the history & origin of Kochi, Kerala.
Cochin: Cochin Culture: Cochin History 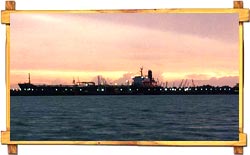 The port city of Kochi has a very colorful and rich history. It was formerly known as Cochin and used to serve as an important trading center in the ancient times. The city occupies a very strategic position geographically, being flanked by the Western Ghats on the east and the Arabian Sea on the west. It has, thus, long been a real enticing destination for travelers, traders and seafarers. Slowly it gained the reputation of being a significant spice-trading center.

In many ancient scriptures and history books based on Kochi, one will find that the ancient travelers and tradesmen who came to the city referred to it as Cochym, Cochin, Cochi and even Cocym. During those days, Cochin city of Kerala witnessed successive waves of migration by the Arabs, British, Chinese, Dutch, and Portuguese, who came here mainly for the purpose of trade. Many of these groups went on to reside in the city for sometime before migrating away to other lands.

History before the Portuguese rule
The earliest account of Cochin is derived from the records made by the Chinese traveler, Ma Huan. Even in other documents belonging from the same period, the account of Cochin history prior to the Portuguese rule is quite vague. As per the available information, the city gained its reputation of being a port city only after the collapse of the Kulashekhara kingdom. These accounts also state that Cochin was invaded by foreigners and colonized many times. The king remained the titular head.

The Portuguese Period
The time during which Cochin was under the Portuguese rule is very interesting. It is said admiral, Pedro Cabral was sent by the Portuguese king to set up a factory at the city. The Raja of Cochin succumbed to the demand of the admiral, but mainly out of fear of the native Zamorins. Later, it was the legendary traveler Vasco Da Gama, who managed to pacify the Zamorins. The Portuguese then built Fort Manuel to protect their factory from any sort of attack.

Dutch Period
The Dutch rule over Cochin lasted from 1663 to 1795. They defeated the Portuguese and disposed the Cochin Raja. After landing confidently at Njarakal, they went on to seize the Pallippuram fort, which they later gave to the Zamorins. Cochin prospered under the Dutch rule by shipping pepper, cardamom and other spices, coir, coconut, and copper. The native ethnic religious groups in the city like the Hindus, Muslims, Syrian Christian and Jewish minorities too raked profits of the prosperity.

The British Period and Thereafter
The port city of Cochin had become highly developed during the time of the British rule in India. Later, this city became the first princely state to join the Indian Union willingly after India achieved Independence from the British rule. It slowly developed into not only a major commercial and industrial centre in the country, but also an enticing tourist destination. This reputation, Kochi has maintained till date.